Arrival at Athens International Airport, meet with our assistant and transfer to the hotel. Overnight in Athens.

Enjoy a half day tour of Athens. Drive by the Tomb of the Unknown Soldier in front of Parliament House on Constitution Square, the Panathenian Stadium (site of the first modern Olympic Games in 1896).

Visit the Roman Temple of Olympian Zeus and the crowning beauty and glory that was Athens, the Acropolis, with its many monuments atop its rocky base, including the awesome Parthenon, the Propylaea, the Temple of Athena Nike and the Erechtheum with its Porch of Maidens. Visit the New Acropolis Museum (closed on Mondays). Overnight in Athens.

Depart for our morning’s excursion out of Athens, which takes us by the Saronic Gulf via the historic Corinthian Canal (quick stop for photos) to Ancient Corinth (Acts 18:1-18). It was to this megalopolis where the apostle Paul came and worked, established a thriving church, subsequently sending two of his epistles now part of the New Testament.

Here, see all of the sites associated with his ministry: the Agora, the Temple of Apollo, the Roman Odeon, the Bema and Gallio’s Seat.  Also see the ruins of early Christian 5th century basilica at the ancient port of Cenchreae before returning to Athens. Overnight at hotel in Athens.

Transfer to Athens airport and flight to Thessalonica. Arrive, meet with your guide and depart for a half day tour of the city. Drive to the upper part of the Old City Walls. Here we have excellent  views  of  the  City  and  the  opportunity  to  take  pictures. Visit the Byzantine churches of St. Sophia and St. Demetrius. Visit the Vlatadon Monastery and a sightseeing drive of the city viewing the White Tower, the Triumphal Arch of Galerius standing on the Egnatian Way and see the Rotonda.  Overnight at the hotel.

Early morning drive to visit Philippi, with a short stop at the Lion statue of Amphipolis for photos. Sights to see here are the ruins of the Agora, a Macedonian Tomb and Water Cistern. We continue to Philippi where Paul worked to see the river, where Lydia is said to have been baptized, the ruins of a prison where Paul and Sylas were kept, the Agora, the 5th and 6th century Basilicas and the Theatre. After the visit, we continue to Kavala, the ancient port of Neapolis. Late that afternoon transfer to Thessaloniki for overnight.

Transfer to Thessaloniki airport and fly to Athens. Arrive, meet with our representative and transfer to the hotel. Day at leisure. Overnight in Athens.

After breakfast check-out and transfer to the Athens International Airport for the departure flight. 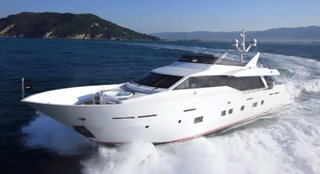 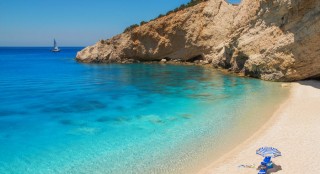